There are a lot of choices when it comes to visiting the elephants of Thailand. There are options that include riding and not riding. Swimming and not swimming. Half day and full day treks. 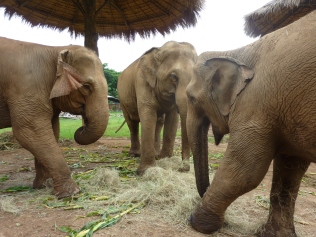 Based on reviews and my own belief that riding elephants isn’t kosher I chose Elephant Nature Park. I wish I would have asked around a bit more. For 2,500฿ ($70) the tour company picks you up at your hotel at 8:30am, drives you to the site in a comfortable, air conditioned van, feeds you lunch and drives you back to your hotel after a day of elephant fun. This is by far the most expensive thing I have done in Thailand, but I think the money is going to a good cause and it’s a bit far to travel alone.

While I believe the park is extremely conscientious of the creatures they contain, they are still contained creatures. I’m not sure what I expected, but what I experienced, I wouldn’t do it again. 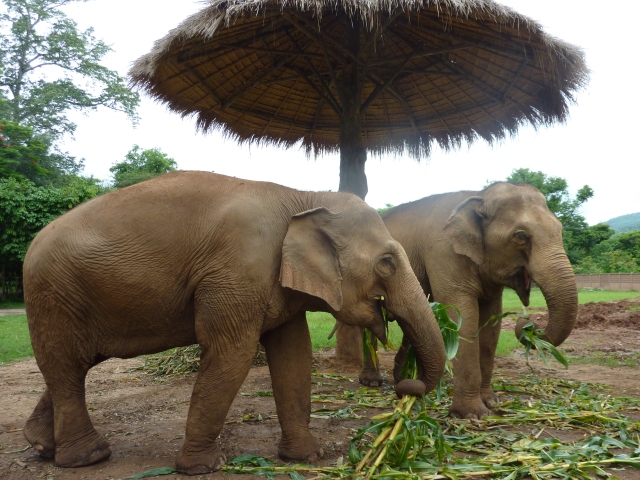 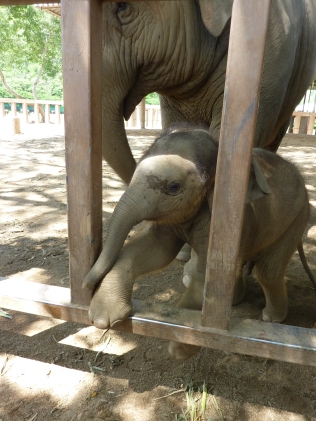 A few good things that made it sorta worthwhile: 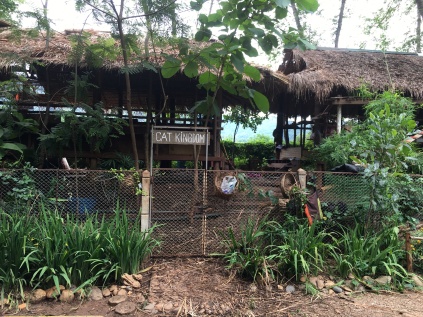 Bottom line: I heard other tourists spent less and had more fun and a better overall experience participating with elephants (also at no-ride parks). Elephant Sanctuary was one that came highly recommended and people seemed to love.

It was an interesting day and I enjoyed learning about the elephants. I also learned that I do no want to touch, ride, play or really engage with wild animals. I’m an absolute baby, but maybe that’s better. Wild animals aren’t meant to be touched and hugged and hand fed. They are meant to roam free, make babies, have aggressive man fights and live in a safe environment.

After over a week of Chiang Mai, I needed to move on and see what else Northern Thailand had in store, so I headed to Pai to meet back up with Harriet and Emily. But that’s for another post.